Authored by Dr Laura Pereira, a report titled ‘The Future of South Africa’s Food System: What is research telling us? was recently published by the Southern Africa Food Lab.

The Report concludes that the following food system trends are worthy of closer examination: 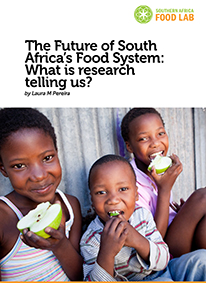 Back from the field - Rufunsa